Exceptional times call for exceptional holiday plans. For the first time in many years, we will not be overseas for our almost customary end of year holiday. Instead, we took up one of Singapore’s 3-nights “go nowhere” cruise with Dream Cruises. The only other cruise company offering this type of holiday cruise is Royal Caribbean. It was only 2 months ago that we went on a so called “staycation” holiday, and now this trip is apparently called a “Seacation”. I swear this was never a word that existed before the pandemic lockdown!

It was our very first cruise experience, and frankly, going on a cruise had never been something we even considered in the past. And what’s worse, where’s the fun in going on a cruise that just goes around Strait of Malacca a couple of times without ever stopping anywhere?

What’s more.. I felt like most cargo ships were zooming past us like they were Formula 1 cars! The boat was definitely going a lot slower than usual. Having said that, this trip changed our mind about going on a cruise in general, although it might been helped by the fact that the cruises were run at less than 50% capacity. To me, it felt more like a private boat than a cruise!

Yes, we had to do a COVID test before we get on, and another one after we get off. They were relatively minor inconveniences though and we were quite glad we went on it.

Anyway, if you plan to go a seacation like we did, check out the video version of our trip which covers just about all the experiences you could expect to help you plan your holiday. Enjoy! 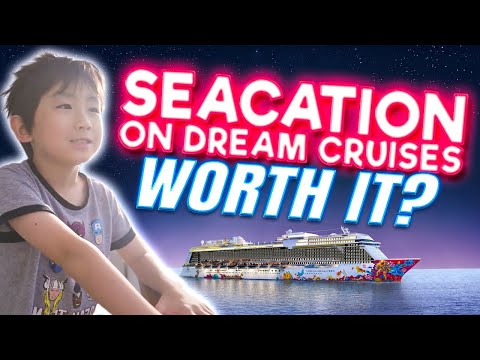 Note that subtitles in Chinese (Both traditional and simple) are available. You can watch those versions below directly if you’re opening it from you desktop/laptop.

On mobile.. simply turn on subtitle by clicking on the “CC” button in Youtube app.

Trip to Spain With A Kid