Our end of year holiday (for 2019) started officially on the 15th Dec, with the first leg of the holiday in Hong Kong. The last time we were here was when Ethan was barely 4 months old (about 5 years ago now). This time round, it was primarily for a friend’s wedding (Rimen) rather than an intentional destination for a holiday. Whilst it was technically a holiday, Ethan was actually tasked to be the ring bearer for Rimen’s wedding. So yes, Ethan had a job to do before he got the chance to enjoy himself! Yes, this was during the period when news of Hong Kong protests were major headlines in Hong Kong. But hey, it didn’t perturb Rimen, so we thought why not!

Aside from having to dress up in a suit, and carrying an expensive ring down the aisle, it was a day worth of “hard-work” having to follow the wedding crew around. But in the end, it was all worth it. The next few free days were time to visit a few attractions like Hong Kong Disneyland, Ngong Ping 360 and just plain hanging Causway Bay Island itself! I have to say, the biggest benefit of coming here during this “turmoil” period was the lack of crowd there! For example, we’ve been to quite a few Disneyland around the globe, but this is the very first one we barely had to line up for any of the attractions. Not only that, we had no trouble going on several rides multiple times! Anyway, here’s a video with some of the highlights from the trip! 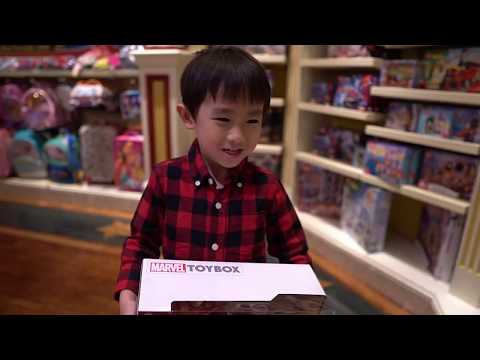